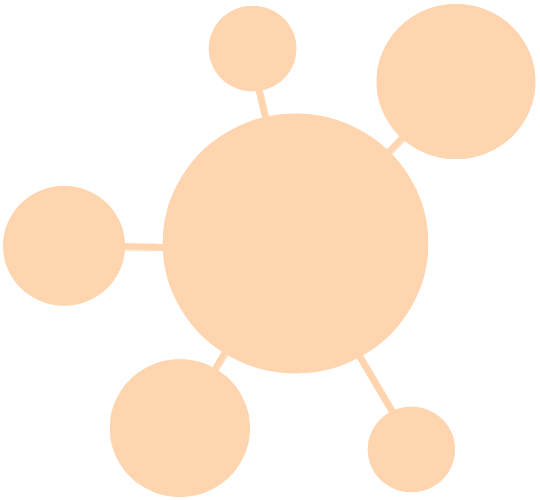 The tabs at the top let you specify the interaction context – Sites, Things, News, Peers or Talks.
The toolbar at the bottom lets you
- add a new Site or Thing or Peer;
- open a Site or Thing or Peer to edit;
- delete an existing Site, Thing, Peer or News item;
- enter an Aigents Language statement for a conversation;
- specify properties of the Aigent cell running at your device.
News
View news found by Aigents for you and follow them. Check the relevant ones to train Aigents for better performance or delete irrelevant items.
Peers
View your peers and specify your properties.
Sites
Drag and drop or type and add URL-s of the sites you are interested in and edit them.
Things
Drag and drop or type and add textual descriptions of the things of your interest or their templates in simple patterns and edit them.
Talks
View action log or chat in Aigents Language.
Cases  Basics  Language  Interface  Patterns

The following user stories can be supported, in row with many other possiilities. For each thing of interest for user, there could be one or more web sites potentially containing useful information, which can appear at any point in time. For this thing, there also could be one or more patterns expressing the thing and its attributes or variables in the text. Detailed description of the idea is available yet below we consider few typical use cases.

Aigents network is represented by cells, where each cell embodies self of one software agent, normally associated with its master user, possessing the device used to run the Aigents cell.

Caution: Current version of Aigents is designated for public testing only, so it is absolutely not guaranteed that your data will be kept consistent during opertions and will be preserved in the course of upgrade to subsequent version. It is strongly recommended, until stable version of Aigents is released, backup records of your Sites, Things, News and properties of Peer and Self using another media as often as possible.

The langage standard definition is not officially published yet, however the concept of it is available. Normally, the language is represented by declarative and interrogative statements, creating the knowledge to be acquired by Aigents self and quering for that knowledge - respectively. Among them, there are few specific statements for log in, change registration information and log out.

Briefly, the structure of the language statement contains object (subject), followed by the list of one or many properites (or predicate verbs) each associated with one or many property values (or predicate objects). For example, 'My sites "http://google.com", "http://microsoft.com", knows search applications, desktop applications.' is valid Aigents langguage statement.

Values of properties (predicate objects) can be represented by any combination of words, separated by spaces. In case if some of words in combination overlap with names of existing properties or contain special symbols like quotes, brackets, braces etc., the entire word sequence should be taken into single or double quotes (single quotes may be used when there are double quotes already used inside and the other way around).

Aigets graphical user interface for desktop and mobile platforms operates on top of Aigents Language communication with Aigents cell. It operaties approximately the same way across all platfroms, involving the following control widgets. Interactions contexts selected by respective tabs, let you do the following.

For each thing of user's interest, there could be mutiple patterns of templates to be looked up on sites specified by user.